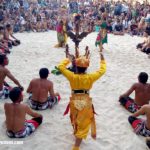 RipCurl Padang Padang Cup Opening Ceremony 2018 Sunday 1st July 2018 Last Sunday the 1st of July was the day we have been waiting for in Bali since July 31st 2017. The ist is always the official starting date for the World wide acclaimed tube riding contest that goes down at Bali's most spectacular surfing location of Padang Padang. Here's a few photos that Ketut and I took … END_OF_DOCUMENT_TOKEN_TO_BE_REPLACED 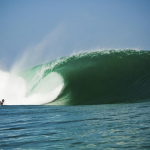 Rip Curl Cup on High Alert for Tuesday Start at Padang Padang; Opening Ceremony this Sunday July 29, 2016 Bali, Indonesia – The world’s greatest tube riders are on their way to Bali for the Rip Curl Cup at Padang Padang – and so is the swell. The 16 invited surfers to the Rip Curl Cup will gather at Bali’s most revered wave on Sunday (July 31) for the event's opening … END_OF_DOCUMENT_TOKEN_TO_BE_REPLACED 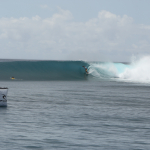 WSL Excited to Announce the Inaugural QS1,000 Mentawai Pro pres. by Rip Curl The World Surf League (WSL) and Asian Surfing Championships (ASC) have combined once again to host another world-class event at one of the best surfing locations on the planet. The QS1,000 rated Mentawai Pro pres. by Rip Curl is set to see a selection of the world’s best surfers hit the water at … END_OF_DOCUMENT_TOKEN_TO_BE_REPLACED 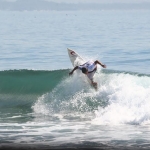 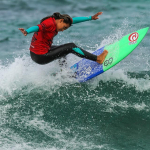 Today also saw the final of the RipCurl Grom search here in Indonesia going down at Canggu. Ketut spent most of the morning up there shooting the action for us. Wave height up at Canggu was also in the 2-4ft class on the right hand river mouth and the finalists were lucky to score some perfect waves for this even. We'll get these photos up on line for you guys and gals asap, … END_OF_DOCUMENT_TOKEN_TO_BE_REPLACED