Bali is know as the “island of a thousand temples”.  You can’t get to see all of them while you’re in Bali, but you should try and get to see some of them!  Here’s a selection of 7 of the best / most popular temples on Bali.

When visit temples please respect the local customs.  Proper dress is encouraged, if you wear long pants or a long skirt you will need a sash tied around the waist.  If you are wearing shorts you will need a sarong.  These can typically be hired at the temples.

This is a collection of temples found in the village of Besakih on the side of Mount Agung and is know as the Mother Temple.  It is considered one of the most important temples in Bali and is over 1000 years old.  When Mount Agung erupted in 1963 (killing 1,700 people) the lava flows missed the temple by metres, which is seen as a miracle and a sign from the gods. 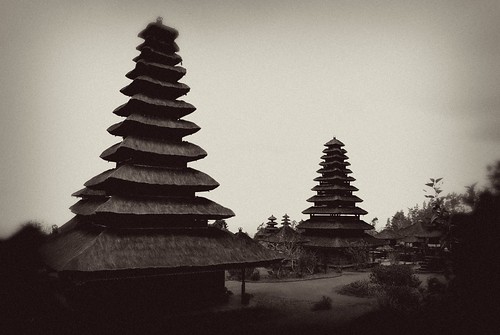 Tanah Lot is probably the most famous of Bali’s temples and mean “Land in the Middle of the sea”.  The temple sits just off the coast on a rock, which is quite spectacular.

The temple is visited quite often at sunset and provides great photos.  The temple is believed to be the work of 15th century priest Nirartha. 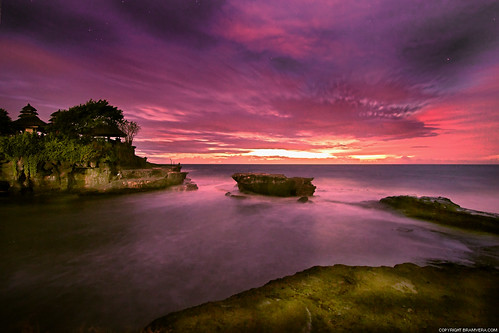 Pura Luhur is a Balinese Sea Temple at Uluwatu on Bali. It was built in the 11th century. Probably one of the most spectacular temples sitting atop the cliffs overlooking the surf at Uluwatu.  Luhur means “something of divine origin” while “Uluwatu” can be broken into “ulu” which means “land’s end” and “watu” means “rock” in the old language).

Pura Luhur Uluwatu is one of Bali’s ‘directional temples’ guarding Bali from evil spirits from the SW. 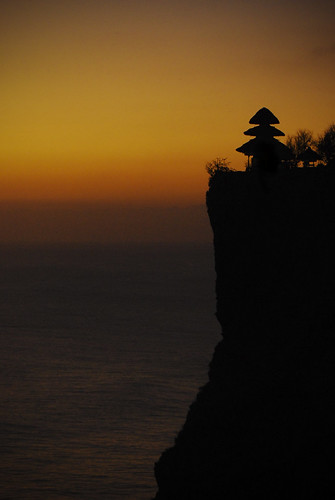 Considered one of the 6 most important temples in Bali, Pura Tirta Empul dates back to 926 AD.  The spring water is sacred and thought to have healing properties. 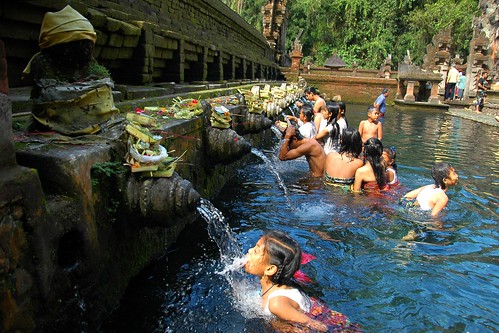 Photo by: The Big Durian

Pura Ulun Danu Bratan, or Pura Bratan, is the second most important temple in Bali after the mother temple Besakih. The temple is found on the shores of Danau Bratan (Lake Bratan) in the mountains near Bedugul.  The temple was built in 1926 and is dedicated to Dewi Batari Ulun Danu, goddess of lakes and rivers. 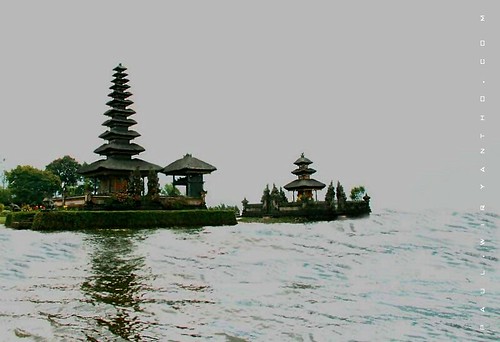 Goa Lawah which means ‘Bat Cave’, is located along the coast of southeastern Bali just west of Candidasa. Founded in 1007 AD, the temple is built around a cave filled with thousands of bats, and is one of the directional temples protecting Bali from evils spirits from the SE. 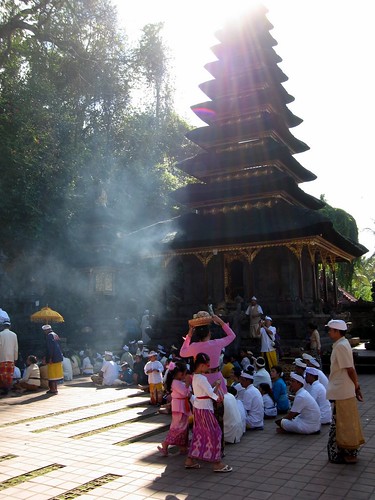 This is a Royal Temple of the Mengwi Empire, located in Mengwi Village.  Taman Ayun translates as “beautiful garden’ and is regarded as one of the most attractive temples of Bali.

Pura Taman Ayun was built in 1634 by the Raja of Mengwi, I Gusti Agung Putu. It is a family temple.