Bali 28th August 2014 Check out these tube rides by local surfer Made Adi Putra or better know as "Bol" surfing sown on bukit somewhere yesterday. Thanks big time to our friends at EGO SURF PHOTOGRAPHY for dropping off these photos to us this morning. So make sure you drop in and say hello to the boys down at Bingin and they might even tell you where this wave … END_OF_DOCUMENT_TOKEN_TO_BE_REPLACED 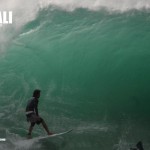 18th July 2012 ****MORNING SURF UP DATE**** Howdy folks and thanks again for taking the time out to drop into the baliwaves.com (since 1999) for the latest news on today's surfing and weather conditions here on your first choice tropical surfing holiday destination of BALI. Ok so you may have noticed we did make it down to the southern end of the island yesterday … END_OF_DOCUMENT_TOKEN_TO_BE_REPLACED 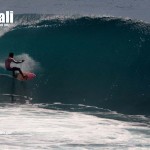 29th - 30th April 2012 ****AFTERNOON SURF UP DATE**** Hello surfers and a very big thank you for taking the time out to stop by the baliwaves.com (since'99) to catch up on what's been happening here on your first choice tropical surfing holiday destination of Bali. I'm just going to start off from yesterday, Sunday the 29th as our day was full with the Balinese community … END_OF_DOCUMENT_TOKEN_TO_BE_REPLACED 3rd April 2012 ****AFTERNOON SURF UP DATE**** Hello everyone and I'm glad ya made it into the baliwaves (since '99) today for the latest news on surfing and weather conditions from here on the No.1 tropical surfing holiday destination of Bali. I was up early this morning around 4.30AM and I could already here the swell starting to build. I knew there was going to be a lot … END_OF_DOCUMENT_TOKEN_TO_BE_REPLACED 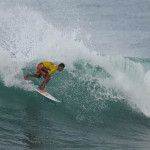 1 April 2011, Canggu-Bali:  There was no fooling around on this April 1st as Round 1 of the 6 star ISC/ASC Oakley Pro 2011 was completed in excellent 2-4 foot surf at Bali’s favorite surfing playground of Canggu Beach today.   The signup sheet was overfull with not enough empty places in the 64 man heat draw, so four trial heats were required to parse things down and … END_OF_DOCUMENT_TOKEN_TO_BE_REPLACED 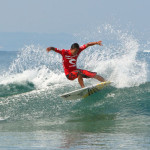 13 November 2010, Kuta-Bali:  Kuta Beach was smoking hot today as the Rip Curl Surf & Music Festival had Kuta Beach on fire with hotly contested competition in all divisions, cooking up what promises to be an epic showdown tomorrow when the 2010 Coca-Cola ISC Open and Longboard champions will be crowned.   A major highlight of the day was 2006 ISC champion Rizal Tanjung and … END_OF_DOCUMENT_TOKEN_TO_BE_REPLACED