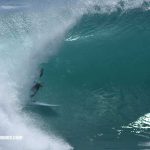 BALI / INDONESIA 5th July 2019 Hello surfers and lovers of Bali and thanks again for stopping by the baliwaves (Bringing you all the good things from Bali since back in 1999) for our latest news and best possible views on surfing and weather conditions here on the island of the Gods, and the No.1 tropical surfing holiday destination and gateway to Indonesia's surfing … END_OF_DOCUMENT_TOKEN_TO_BE_REPLACED 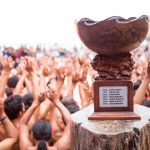 16 INVITEES ANNOUNCED AT RIP CURL CUP OPENING CEREMONY AT PADANG PADANG Bali, Indonesia – Monday, 1st July 2019: Rip Curl has officially announced the 16 surfers invited to compete in the 2019 Rip Curl Cup at Padang Padang. The announcement was made on Sunday at the Opening Ceremony, held at Padang Padang beach in front of a crowd of several hundred fans gathered from all … END_OF_DOCUMENT_TOKEN_TO_BE_REPLACED 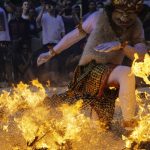 RIP CURL CUP OPENING CEREMONY THIS SUNDAY; TRIALS SET TO FINISH FRIDAY AT PADANG PADANG Bali, Indonesia – Monday, 24 June 2019: The answer to the mystery will finally be revealed on Sunday when Rip Curl officially announces the 16 surfers – eight of Indonesia’s best and eight of the world’s greatest barrel wranglers – invited to compete for the 2019 Rip Curl Cup at Padang … END_OF_DOCUMENT_TOKEN_TO_BE_REPLACED