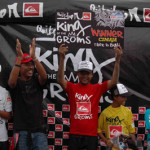 (Tuesday 27 March 2007) - Local boy Rudy ‘Bom Bom’ Hartono defends his title two years in a row to take out the 2007 ‘King of the Groms’ Cimaja, West Java on Sunday 25th March 2007. The “King of the Groms’, a series of core junior surfing events held by Quiksilver, the core boarding and lifestyle company, shook the sleepy town of Pelabuhan Ratu over the weekend as nearly 100 … END_OF_DOCUMENT_TOKEN_TO_BE_REPLACED 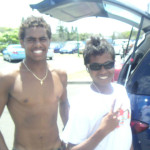 Hi there all! After nearly 6 weeks down under team Quiksilver Indonesia has finally made it back home to the shores of Bali. Just to sum up the last leg of competition, the Billabong Pro Junior on the Sunshine Coast – Mustafa was the last Indo man left in the competition and unfortunately couldn’t overtake his opponents in the 3rd round. Mus made the most of the onshore … END_OF_DOCUMENT_TOKEN_TO_BE_REPLACED 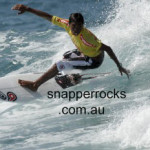 6th February – Greetings from the sunshine coast! Once again all the best groms from all ends of the earth come together for more surf competition action. Quiksilver once again hooked us up by putting us in an epic location with ocean views for the week. Its so funny, they put all the boys in one building and the girls across the road in another building. its probably worse … END_OF_DOCUMENT_TOKEN_TO_BE_REPLACED

Hi guys! I know it’s been a while since my last update of our trip, but there has honestly been no waves or contests for me to update you on. There were a couple funny incidents however like Dylan being stranded in the Stradbroke Island channel with a massive shark circling him which we all came to agree –the place is sketchy! Three months ago there was a chick eaten by a shark … END_OF_DOCUMENT_TOKEN_TO_BE_REPLACED 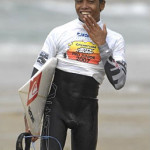 Monday 22nd January Here we are on the first day of the 6 star Hurley Pro Junior at Burleigh Heads. The waves are about 2-3 foot with an east wind putting a bit of chop into it. Nonetheless the waves are still fun with fun sections being demolished by the boys. Mustafa unfortunately came stuck in his heat, and though the commentators were raving about his backhand attack … END_OF_DOCUMENT_TOKEN_TO_BE_REPLACED

Thursday 18th January - After a week of cold weather and no waves we’ve finally arrived at the highly anticipated leg of our trip – the Gold Coast. The Kustom Jetty Pro in Bells saw waves no bigger than a couple of feet with freezing cold winds and blowing hard onshore the whole time we were there. The waves were so bad they called the contest off twice! With early knockouts … END_OF_DOCUMENT_TOKEN_TO_BE_REPLACED 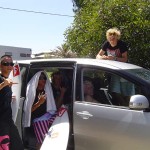 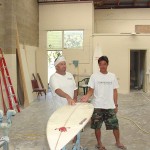 The man has been telling me things for over 25 years now. Secret things I guess you could say. Anyways I wish I had kept them secret. First he told me about a place down from Ulu called Padang Padang. Well I said, doesn't it get smaller further down the Bukit like that. Usually it does, he says, but sometimes it don't. Well if you know anything about the surf in Bali, you know … END_OF_DOCUMENT_TOKEN_TO_BE_REPLACED 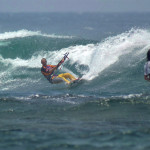 For ten years now I have been cursing that wind. Yeah, year after year, at any time of the year it can strike. I've called it the "devil wind" and "the breath of Satan" more times than I care to recall. Right again I'm a surfer, and it's been my life. 32 years ago I received my first real surfboard and have made my life revolve around the Ocean. I also thought that surfing … END_OF_DOCUMENT_TOKEN_TO_BE_REPLACED