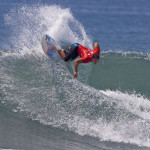 The 2009 Oakley Pro Junior Global Challenge final began today in near flawless 1.25m (3 to 4 feet) surf at the now famous Keramas River - mouth Bali. Bringing together 18 of the world’s very best Pro Junior surfers (20 years of age and under) who have qualified for this event by winning or placing second in the six regional Oakley Pro Juniors from all over the world earlier … END_OF_DOCUMENT_TOKEN_TO_BE_REPLACED 20 year old Mustofa Jeksen used his small waves skills and finely honed contest experience to win the coveted wildcard spot in today’s trial event for the Oakley Pro Junior Global Challenge Final that is set to start tomorrow morning at Keramas Beach in Gianyar. In arguably the most testing conditions of the day, Jeksen bested Made Darmayasa in the 20 minute final by holding … END_OF_DOCUMENT_TOKEN_TO_BE_REPLACED 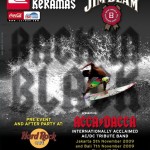 In conjunction with the final event of the Coca Cola 2009 ISC tour season, the  6-star Prime rated Quiksilver Open at Keramas, Quiksilver is proud to announce the confirmation of the internationally acclaimed ACDC tribute band Acca Dacca playing two gigs in Indonesia. Air Asia as the official airline sponsor will fly Acca Dacca to Indonesia to rock the Hard Rock Cafe stage … END_OF_DOCUMENT_TOKEN_TO_BE_REPLACED 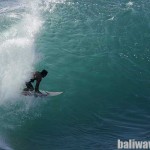 28th Sept 09 ****MORNING SURF UP-DATE**** Hello to everyone tuning into the baliwaves.com for the start of another surfing week here on the No.1 surfing holiday island destination of Bali. And a big thank you to Hendra and his Photographic Team down at Uluwatu for todays photos. This mornings 8.00AM surf check on the Outer Reefs was showing wave height to have taken a … END_OF_DOCUMENT_TOKEN_TO_BE_REPLACED 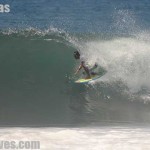 27th Sept 09 ****MORNING SURF UP-DATE**** Hello crew and welcome aboard the baliwaves.com for our Sunday Session on todays surfing and weather conditions here on the happy little holiday island of Bali. Our 7.00AM surf recon of the Outer reefs here in Tuban (Kuta Reef, Middle Reef & Airport left) was still showing plenty of swell getting into all 3 main sections of the … END_OF_DOCUMENT_TOKEN_TO_BE_REPLACED 27th August 09 ****MORNING SURF UP-DATE**** Hello crew and welcome bback to your baliwaves.com for the latest news on todays surfing and weather conditions here on the surf, sun and fun holiday island of Bali. Todays photos are courtesy of Hendra Surf Photography down at Uluwatu. This mornings 7.00am surf recon of the Outer Reefs here in Tuban was showing wave height to be … END_OF_DOCUMENT_TOKEN_TO_BE_REPLACED 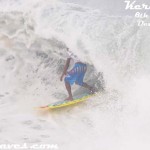 8th August 09 ****AFTERNOON SURF UP-DATE**** Hello surfers and thanks for hanging around this afternoon for the latest news on todays surfing and weather conditions here on the obvious No.1 surfing holiday destination of Bali. And I do mean that becuase today on location at Keramas all the "rock stars" of surfing were there on tap, both International and local. I was … END_OF_DOCUMENT_TOKEN_TO_BE_REPLACED 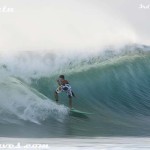 4th August 09 ****MORNING SURF UP-DATE**** Hey crew and welcome back to your baliwaves.com for the most up to date surfing and weather information from your favourite holiday island of Bali. Todays photos are once again courtesy of our friend Hendra and his photographic team down at Uluwatu. This mornings 7.30am surf check on the Outer reefs was still to find wave height … END_OF_DOCUMENT_TOKEN_TO_BE_REPLACED